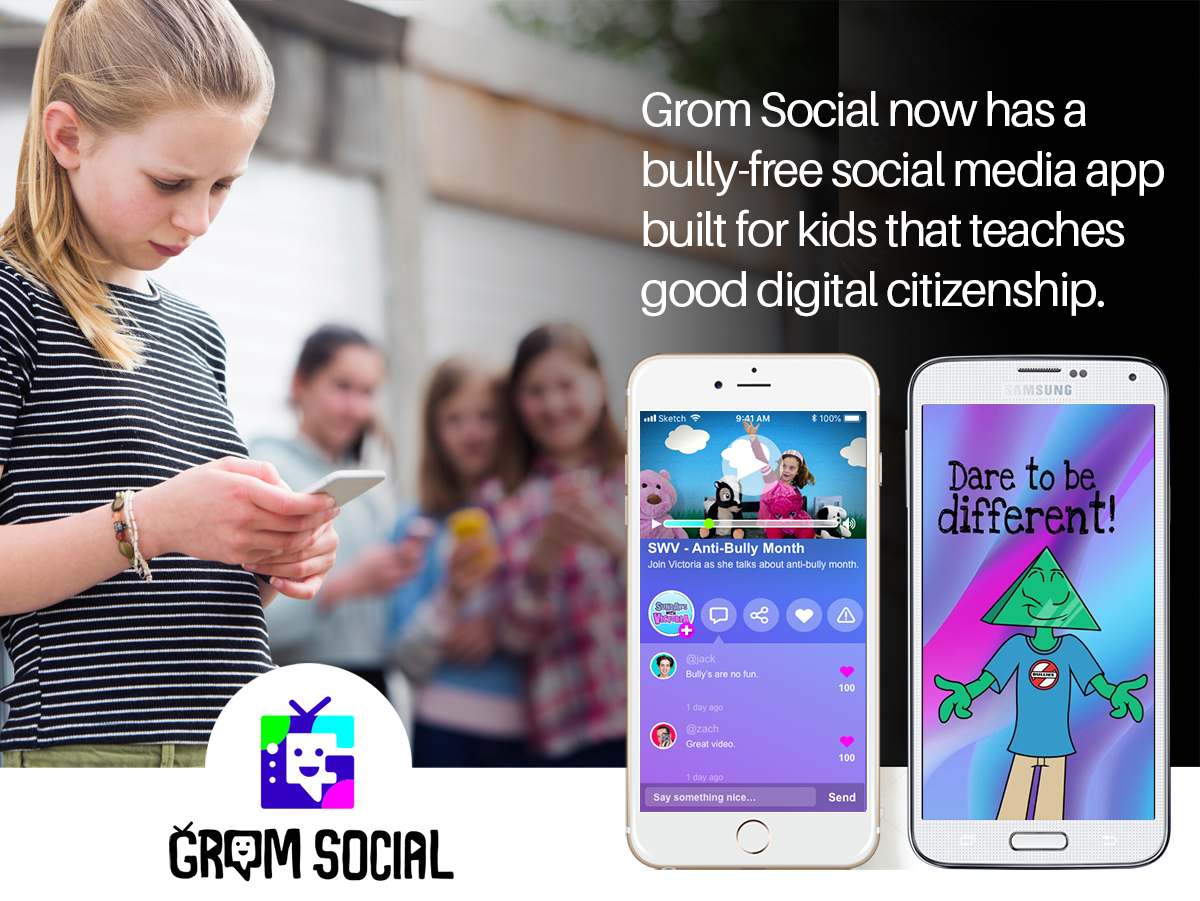 Cyberbullying is a huge problem that kids face today. Social media makes bullying easier, not just at school, but also at home. The question becomes how to protect your kids from cyberbullying.

Parents, you are probably thinking of ways to protect your kids from cyberbullying. which can negatively affect your child in many ways unfortunate ways. These feelings can follow your child thru adolescence and beyond.

Recent research on the impact of cyberbullying:

As a result of the above information, the Grom Social app is a social media mobile application built especially for kids to teach them how to stay safe while online while also exploring in a fun, controlled environment. The Grom Social app will not only protect your kids from cyberbullying, but also teaches them the dangers and impact it has on them and their peers.

If you are worried about what your kids are doing online and who they are connecting with, download Grom Social on their device and rest assured they will be in a safe, 24×7 monitored environment, while also learning good Digital Citizenship.